been such a busy kitty, here's a little diamond catch-up.

Some people have been saying they don't want to deal with ebay or that they want to buy things right away- so I am trying this little experiment.

I am working on the new website, but the Neverwear site is still up and running. Let's utilize the Kitty's Treasures section, under "secret magic"...!

Oh, how we love Charles Addams.

one year for Neil's birthday, we gave him one of the Charles Addams New Yorker cartoon prints, the one where they are about to pour boiling oil down on the carolers, you know the one!

This is a trade paperback, something I have had since a little kid.

It's a first printing from 1965, not in pristine condition, because I read and re-read as a kitten!

I love the descriptions on the back cover. 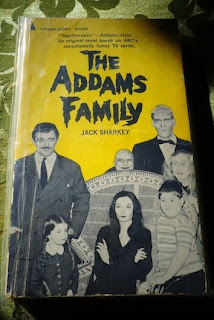 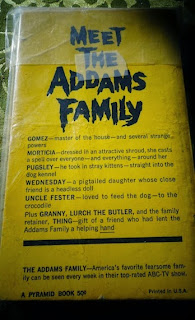 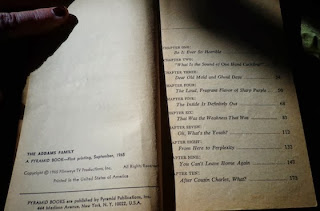 My life for you, Gomez...I always felt like I was a Morticia.

I will throw in some scary lil' Neil trick-or-treating bookmarks by Sean Von Gorman.

from Henry Selick's masterpiece: NIGHTMARE BEFORE CHRISTMAS, a Sally tee, where she is surrounded by little glittery purple roses, also in girls size large. 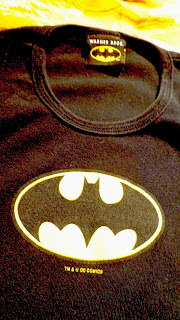 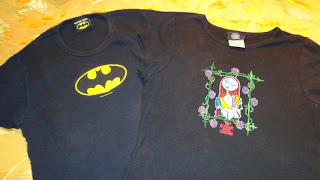 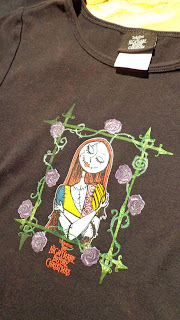 I have also put up another of the Neil mugs on ebay, it's only at 99 cents-- Go get it, tiger.

i have lifted all blocks on commenting, not sure why it's a sticky bitch.
please try again or follow the blog for more ease in commenting. Sorry!