first, i toured with Lady Gaga & made some lifelong friends.

while on that tour, i planned our wedding.

Me n' my still-dream guy got married on the water in Baltimore (Charm City, hon!) while he was touring with Roger Waters' THE WALL.

our honeymoon was a trip to New York to see one of my favorite albums of all time come alive on stage, as Drew had to return to his tour.

then we went to HOUSE ON THE ROCK in Wisconsin for the 10th anniversary of Neil Gaiman's AMERICAN GODS. Costumes, everywhere! and the venue was everything I could have imagined and more. 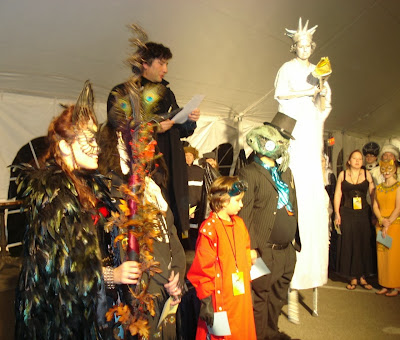 then Neil turned 50 and we threw a giant SUPERFUN party for the boss. down in New Orleans, we even stayed in a haunted hotel.

then Neil got fake-married on the street to AFP (she was a gorg statue!) here is my video on you tube:

here are a few mementos from that time at HOTR: 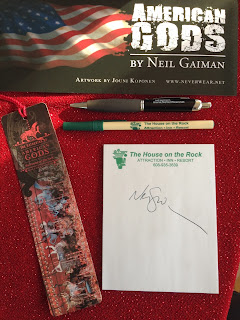 * pen from HOTR that Neil used to sign the HOTR notepad

the proceeds from this auction will go to benefit our tiger friends at VALLEY OF THE KINGS, in Wisconsin.

I am going to phase out posting these anywhere but this Swalllowing Diamonds journal in a couple days- time for a new Neil mailbox and more things on the other spots. thanks for following-

i have lifted all blocks on commenting, not sure why it's a sticky bitch.
please try again or follow the blog for more ease in commenting. Sorry!